"Best show on the park!"

When James first came to perform here, the theme park was called "Silver Dollar City". (In 1986, Dolly Parton became a co-owner, and the park was renamed "Dollywood".) James had won the '1983 Silver Dollar City Search for Talent Contest' and  SOON.......he also won the respect and friendship of the Dollywood Company. His ONE-Man Show, became a regular feature on the park, and soon, he also became the 'host' and star of the Grand Finale Show, each day, called "The Jamboree Show". The crowds came from everywhere, filling the seats at the stages wherever James was performing at the time. Whether it was the 'Railway Band Stand Gazebo', the 'Music Hall', the 'Gaslight Theater', the 'Barnwood Theater', OR.... still today, the 'Celebrity Theater', 'Heartsong Theater', or 'Showstreet Palace'.. there has always been a long line of people waiting to see his show. Many people are willing to wait for hours just to get their favorite seat. James always puts his heart and soul into each and every performance, and he always makes each member of the audience, feel special!

James is a regular, featured performer at Dollywood each season.  Make it a point to catch at least.....ONE of his shows....you WON'T be disappointed!

At the beginning of this year, for 2011, You can find James at the "Showstreet Palace "!
Check out new pictures from James' first day back to Dollywood for this new 2011 season! 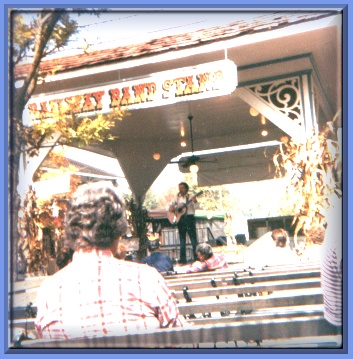 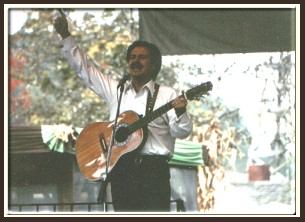 Site designed and maintained by
Freda@OnlyImagineGraphics